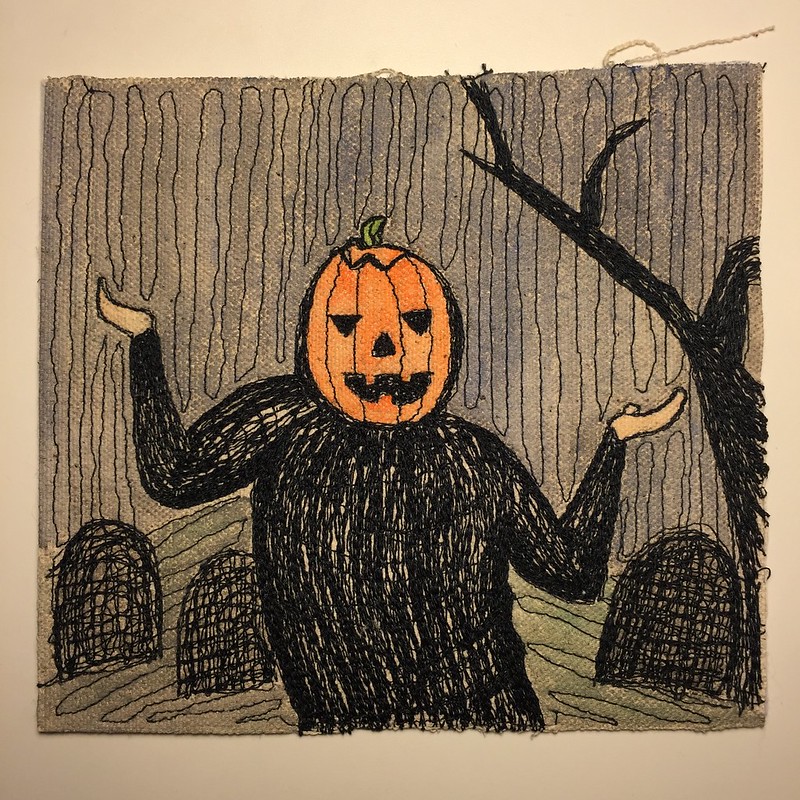 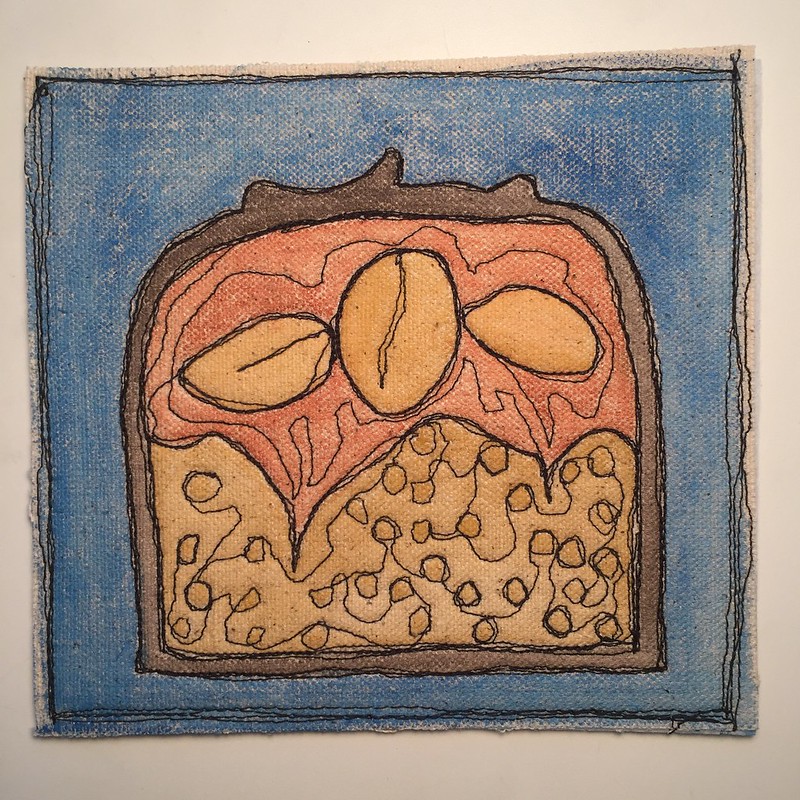 I didn’t pay a lot of attention to the invention of Drawlloween, but I think it’s kind of funny how some of the prompts are generic and some are really specific.

For instance, day 19’s “Creature from the Black Lagoon” is very specific! It’s a classic Universal Monster, it has a look, it has been absorbed into the collective unconscious of the United States since its introduction. How do you deal with it? (You make a joke.) 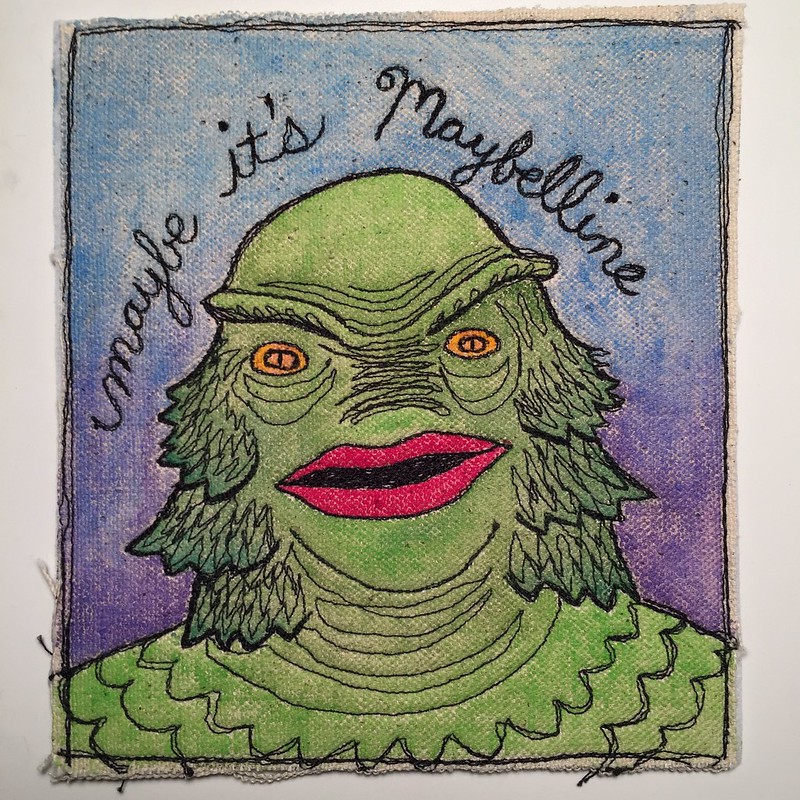 Contrast that with day 20’s “skull.” That prompt doesn’t even have a modifier: human, animal, wine chalice made from, real, imaginary, etc etc. So you can go anywhere. 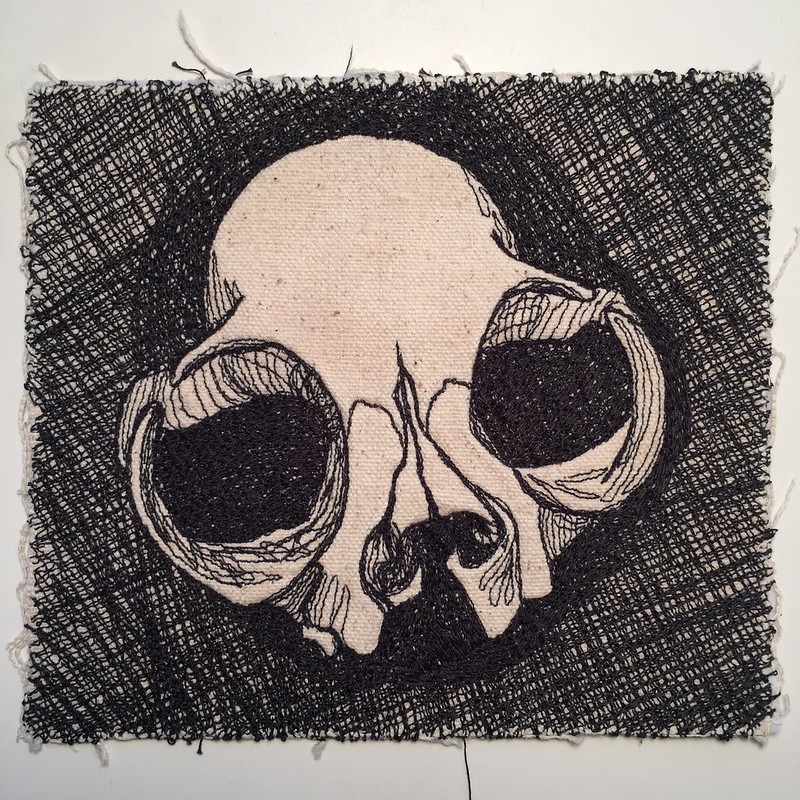 I went to the Morbid Anatomy Museum; this is a skull from the collection in the library. It wasn’t labeled and I don’t know what it is. I thought it might be a primate but I guess it could be a cat? I don’t know a lot about skull identification and am further stymied by its busted lack of teeth. 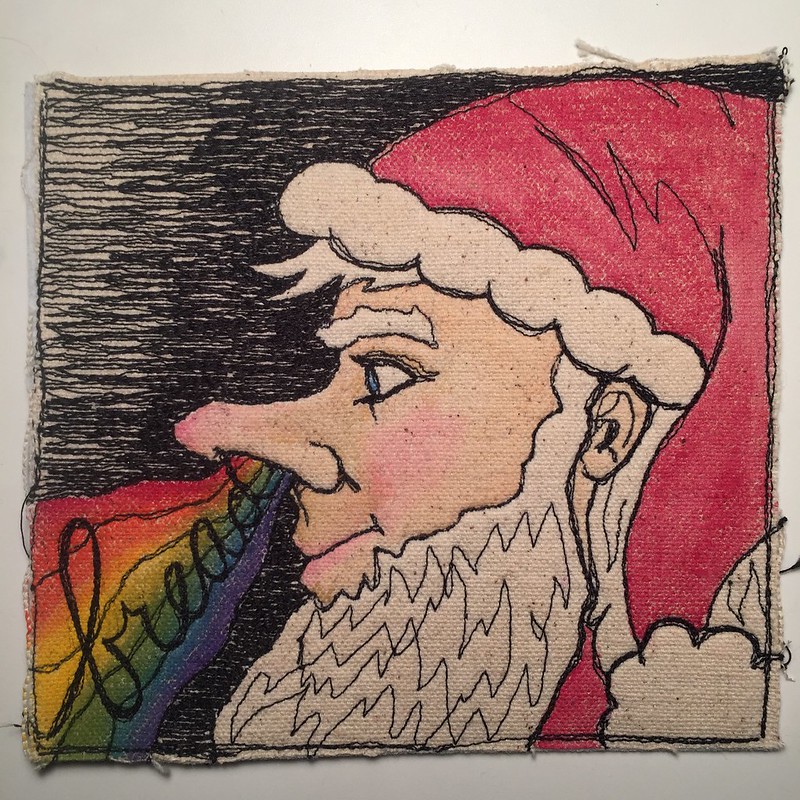 From the “hey wait that’s not right” files: day 17 was ‘demon’ and I bent the theme a bit and made one of the Icelandic Yule Lads. Not a demon. Maybe a bit of a troll. Impish even? This is Doorway-Sniffer, who wanders around snuffling at doors to find houses with freshly-baked bread to steal. (The bread might actually be cookies. Whoops.) 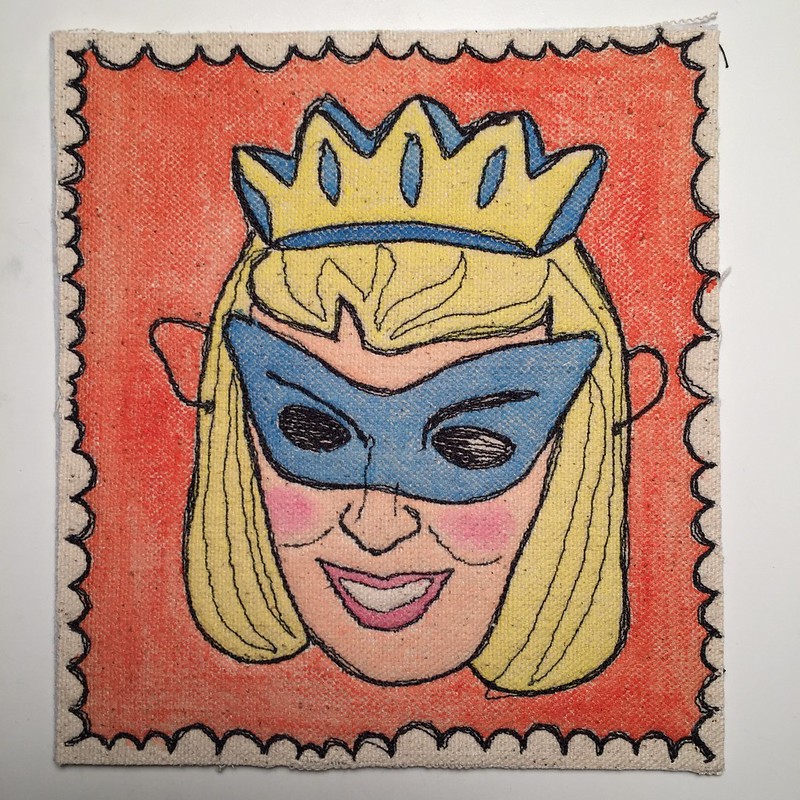 Mask: a mask from my mom’s collection of Halloween decorations. It comes from a vintage costume that would probably be better if it was just.. a kid with a crown and a masquerade mask, rather than a whole face mask of some blonde lady? I don’t know. This mask is weird.

A real thing and an imaginary thing. 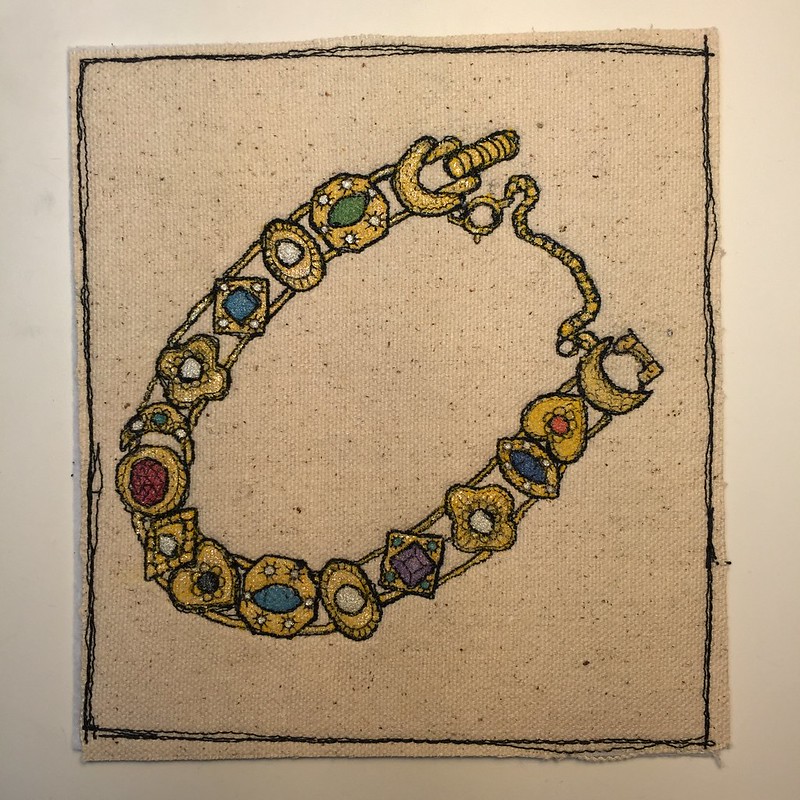 This bracelet looks like it has powers, no? It’s a real bracelet I have, love, and absolutely cannot remember where it came from. 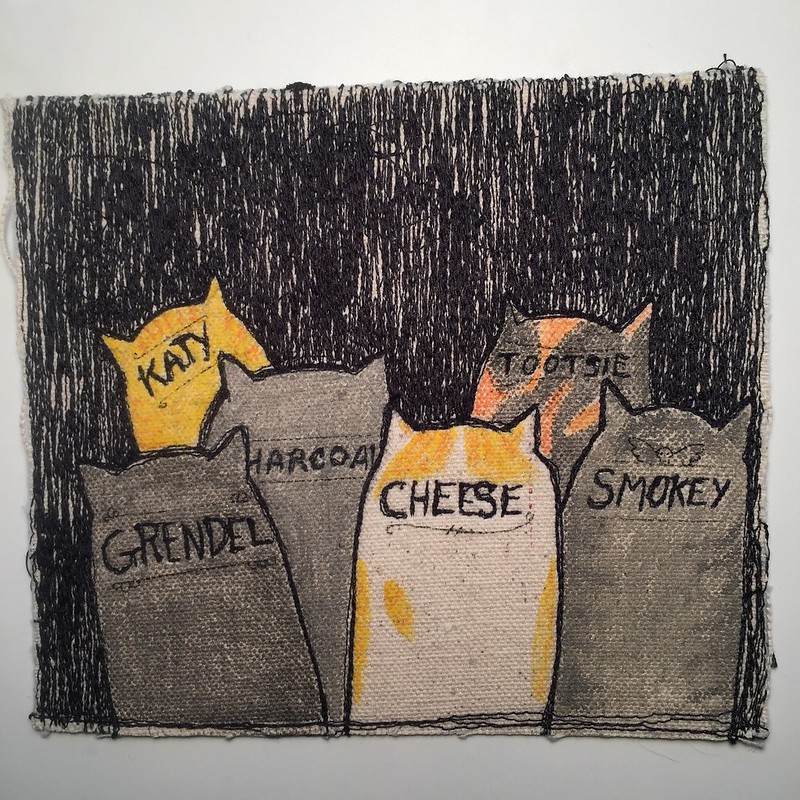 Now we’re back to color. And a joke. And a cute thing. Hey. 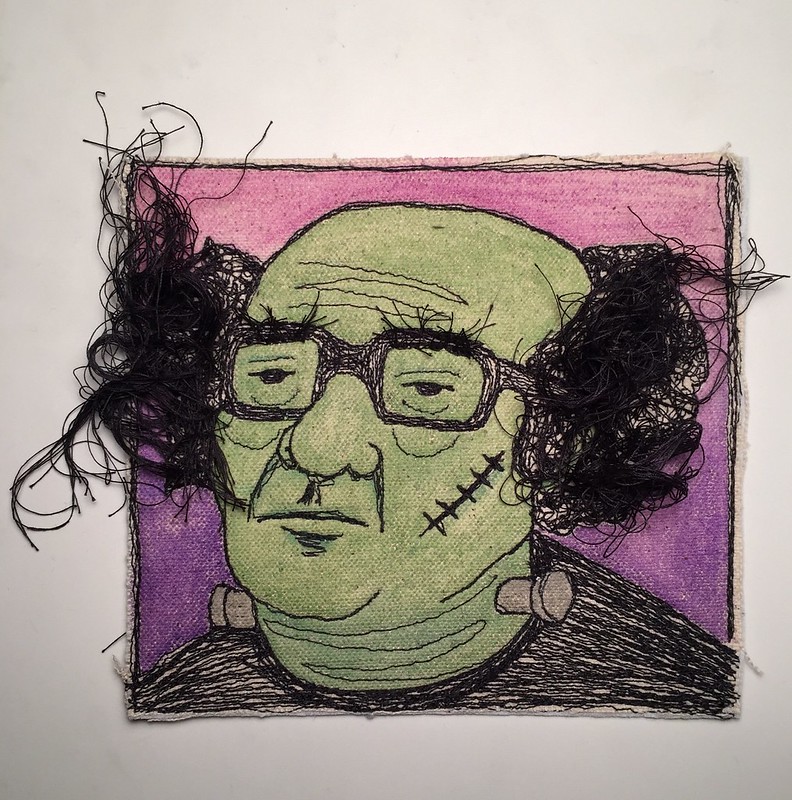 Day 13 was Frankenstein. I made Frankenreynolds. Just throw me in the traysh. 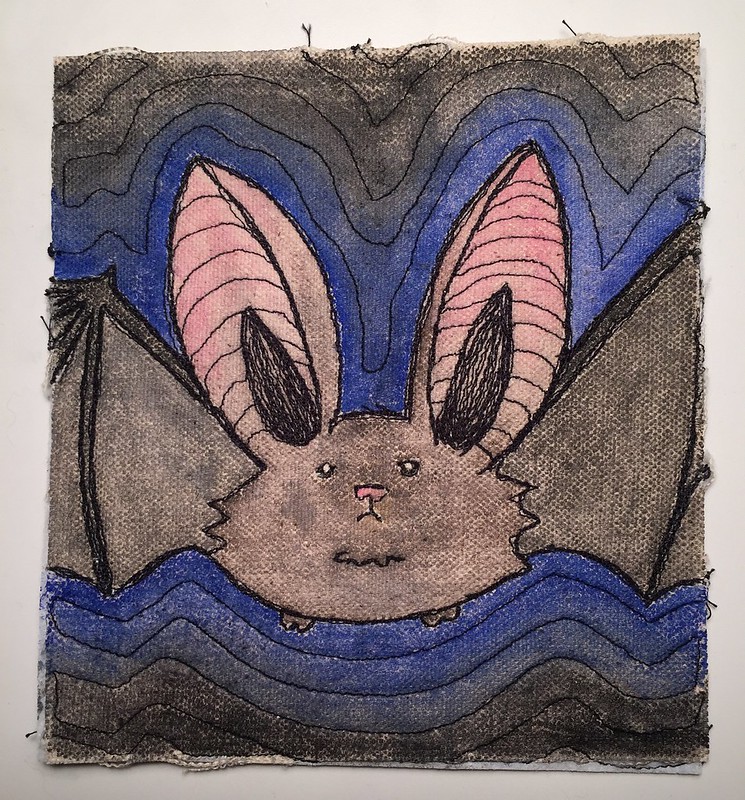 A cute but serious little bat. 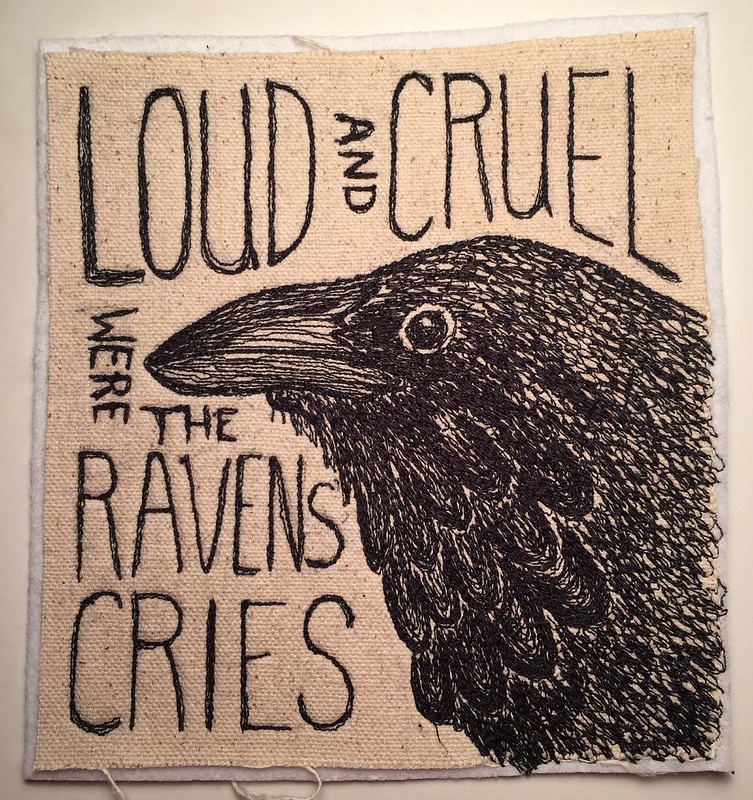 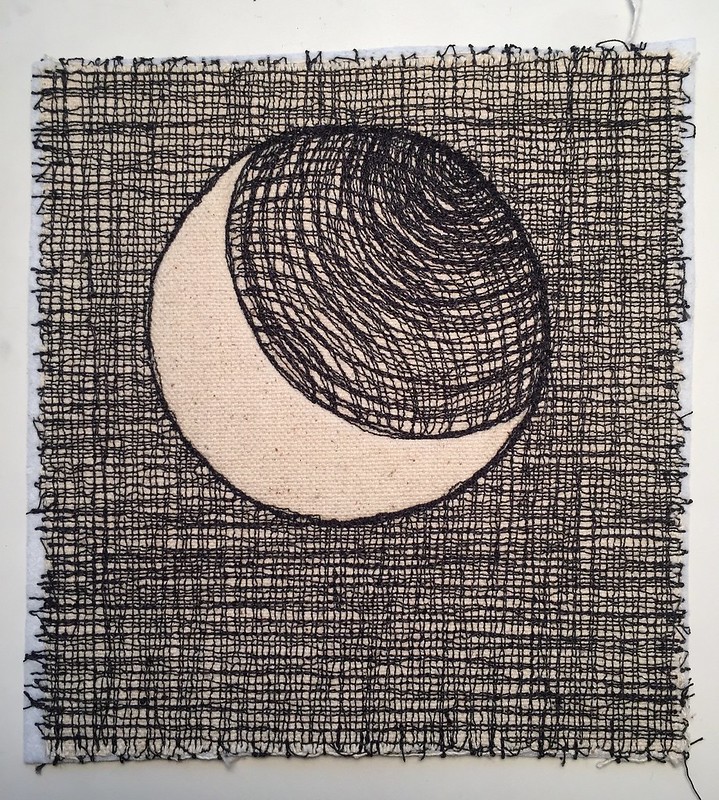 oh you knew the cats would make an appearance eventually, right?? Here they are! 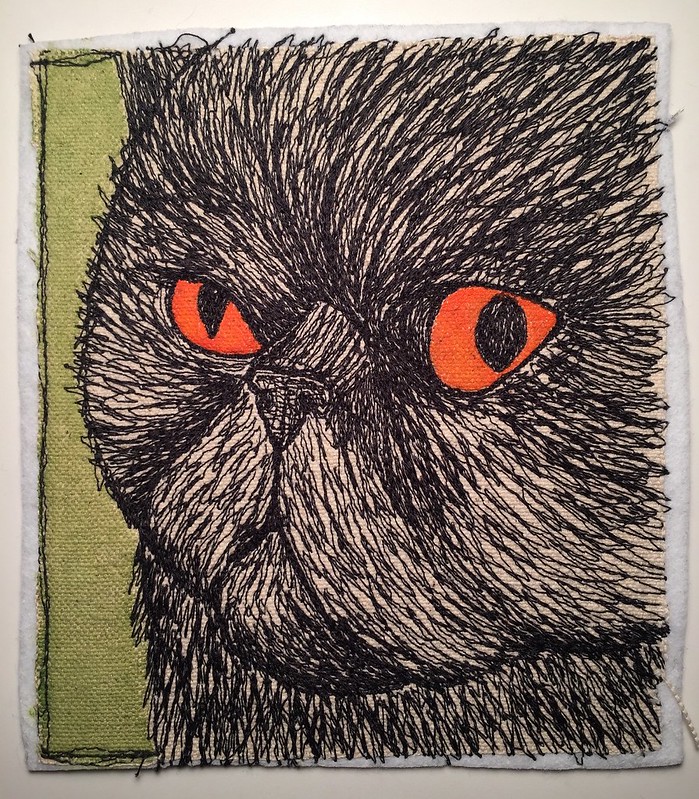 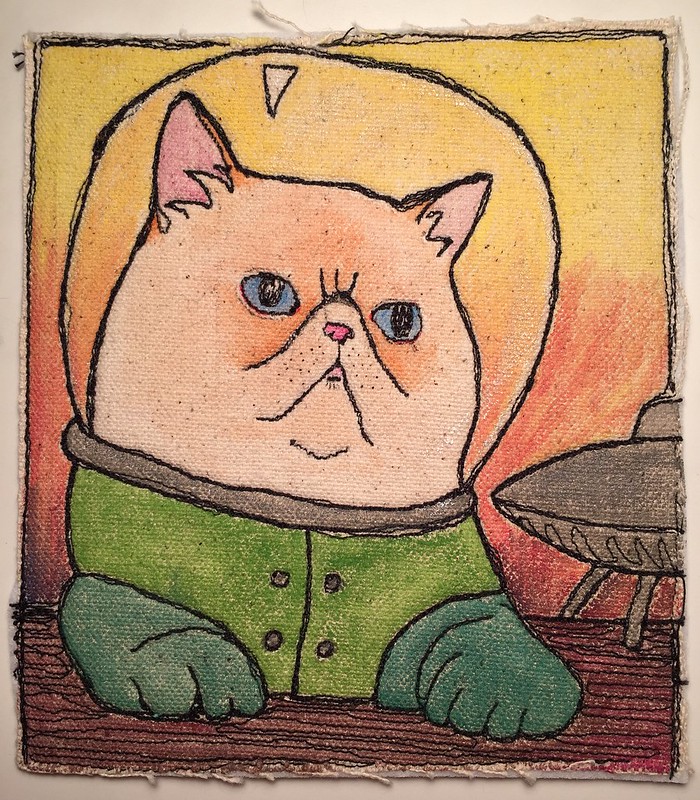 day 10 – alien: Linus is clearly not of this Earth 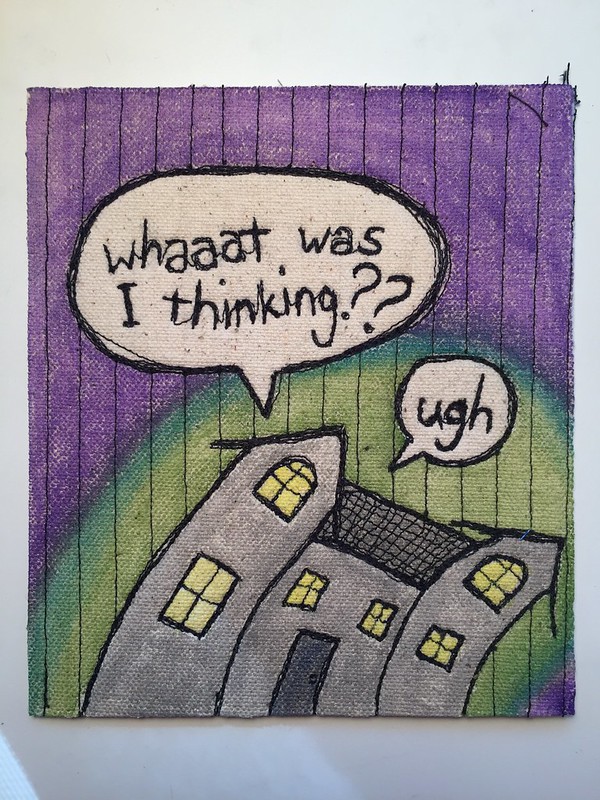 day 7 – haunted house: “Is this house haunted?” “YES BY THE MEMORIES OF ITS YOUTHFUL INDISCRETIONS” 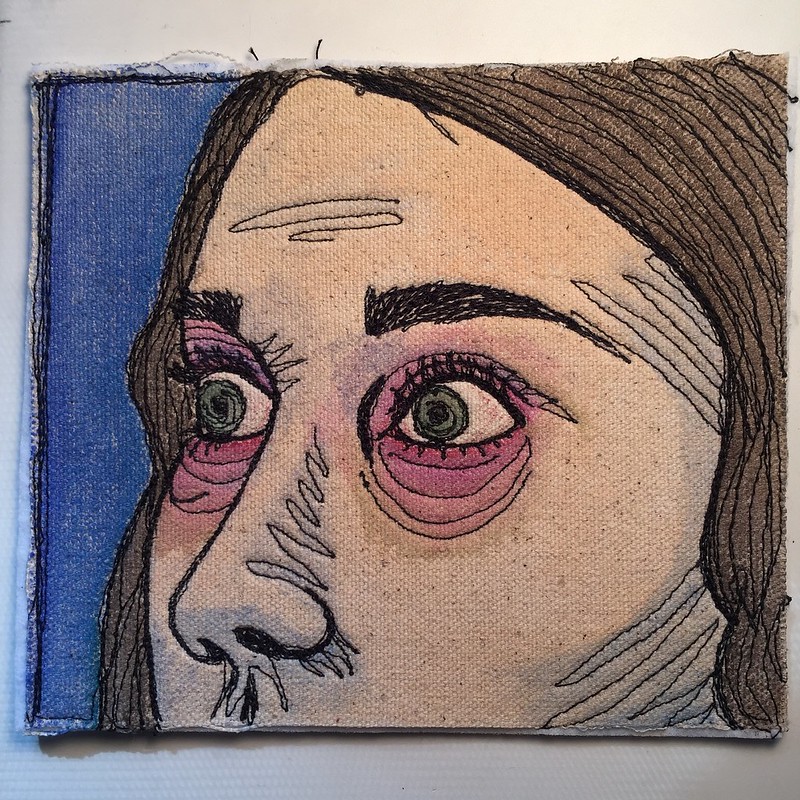 jokes, these are the jokes and the pop culture references 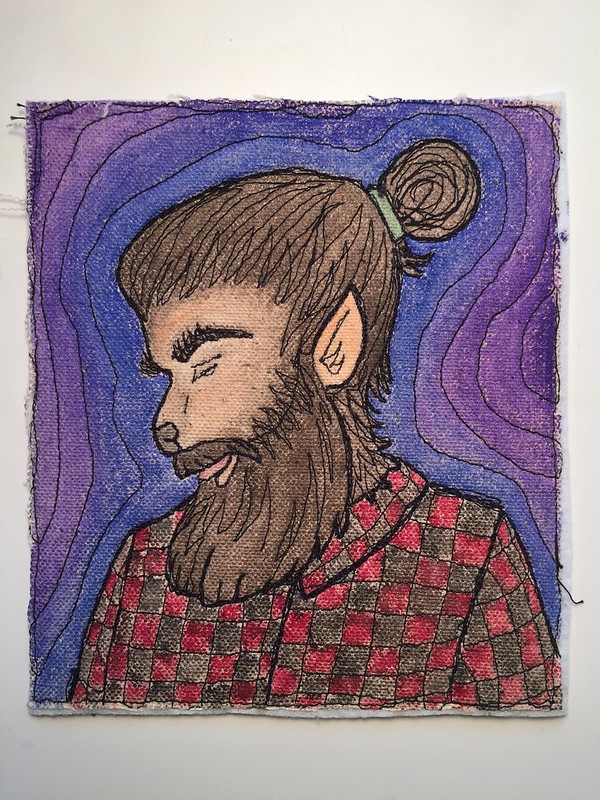 day 5 – werewolf: I made WOLFMANBUN and I only feel a little bit bad about it 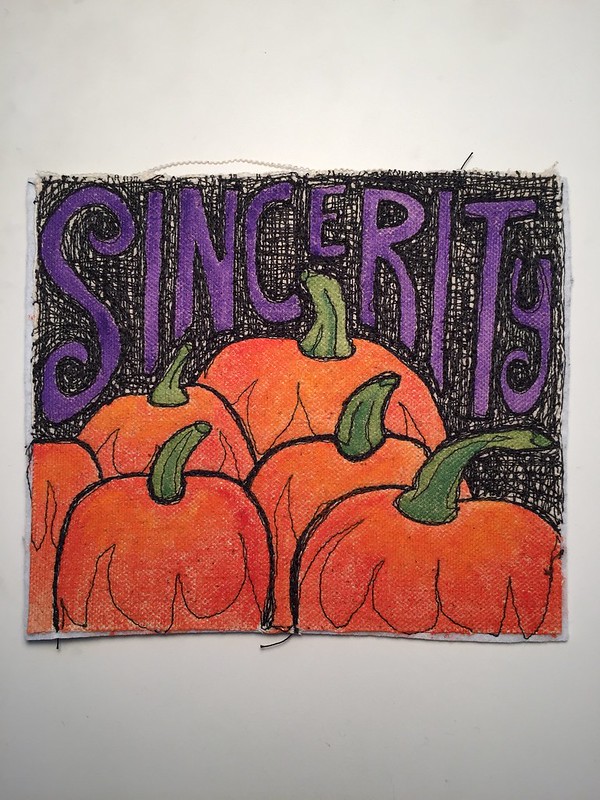 day 6 – pumpkin: “Sincerity as far as the eye can see!” says Linus* in the pumpkin patch.

*Linus van Pelt. Not my cat. 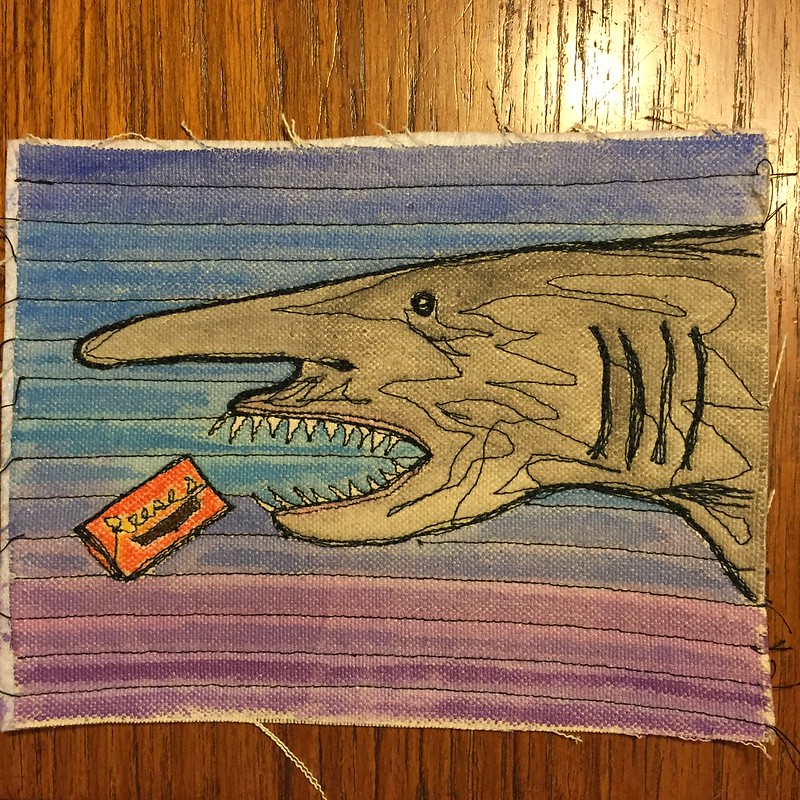 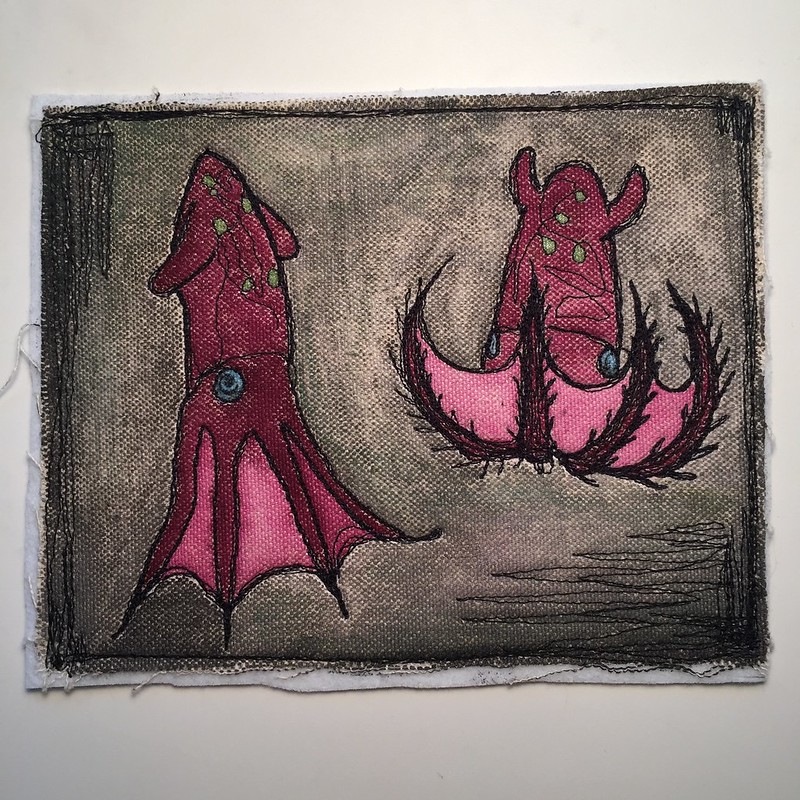