When I was packing up after my last show, I realized my inventory was running low on red scarves. So in the beginning of February when I had the chance, I did a dye day. I stretched a scarf on my frame to paint, and vat dyed some yardage, some clothes, and ten scarves. Most of the scarves I planned on overdyeing later, but here’s a preview of four I’m leaving as they are. 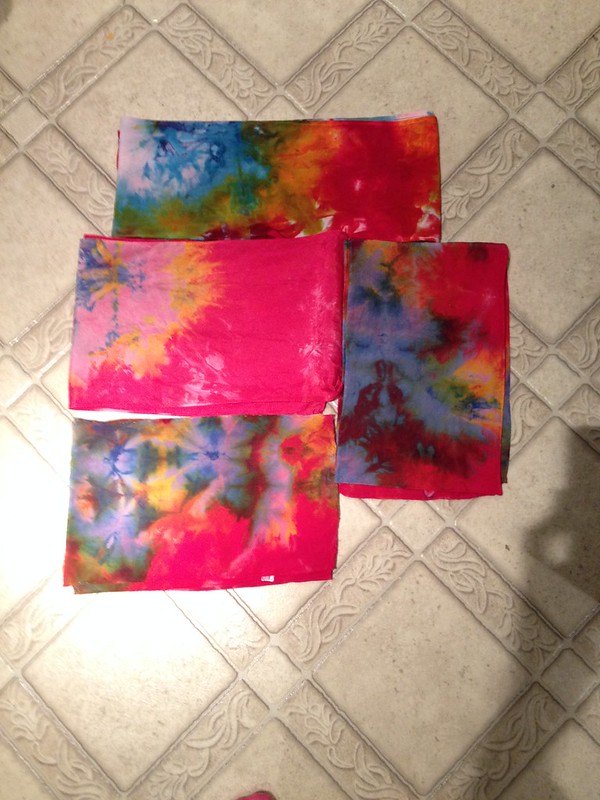