I bought the pattern for the Eclair dress just a few weeks after Colette started selling patterns online in 2009. They might actually be the reason I have a gmail account, because they used Google Checkout. Five years later.. My cousin was getting married at the end of May and I needed something to wear. I dyed nine yards of muslin (I was not fancy) green and chartreuse, and got to work.

I’m not particularly adept at machine sewing clothes, but I’m continually getting better at it. I had to make some adjustments while sewing it to fit my preferences. And myself. So I did about 80% of a good job. The instructions say to sew the top inch or so of the bodice together before inserting the zipper, but I installed the zipper going all the way to the top to make it easier to get the dress on and off. I chose size 14 because of what I thought were my own measurements, but the bustline ended up being too large (probably should have done a 12). Rather than take the dress apart and correct it the right (invisible) way, I just measured and sewed two darts in the back to take it in three inches. And obviously I should have used something nicer than muslin, but nobody cared. 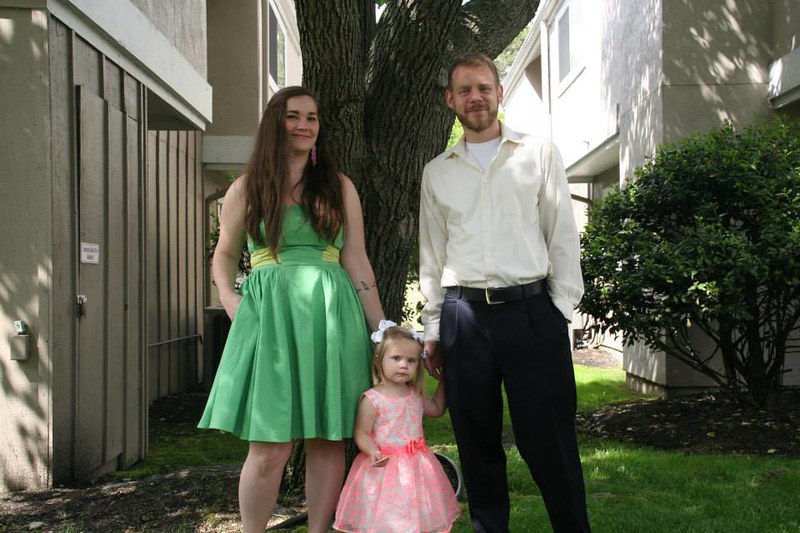 I don’t have any better pictures of it on yet, and I wore my hair down to disguise some of my wonky curved seaming at the bust. But it stayed up, despite 22 feet of gathered skirts. Every dress should have pockets, too.